It is no secret Jackson State football coach Deion Sanders knows a lot of athletes. On Saturday, as his team was holding a pregame walk-through in Miami Gardens, Florida, before playing Florida A&M the next day, Michael Vick, one of the fastest quarterbacks to play in the NFL, showed up.

Sanders and Vick are friends and spent time talking at JSU’s practice. At the end of practice, Sanders called the team in and had them form a circle before introducing Vick.

“There was none before him,” Sanders said, “and there will never be another like him ever.”

Vick said he had been talking to Sanders about this year’s team and what it really means to everybody involved, coaches and players and even the cameraman. He said he noticed everyone is taking pride in everything.

“Make sure y’all hydrate – it is really hot – and tomorrow (Sunday) is going to be a really intense game,” Vick said. “There have been studies that show the team that is the most hydrated is probably going to perform the best.”

Vick said being hydrated would allow the Tigers to make good decisions and not have a lapse in judgment. He told the players their minds would be sharp and the game would come easy to them.

“Opportunities are here,” Vick said. “I remember being my son’s age and your age and going through this process. Dreaming of not only taking it to the next level but winning that next game. Being great in the next moment, even if I had a mistake, I felt that I could make the next play. I was not going to miss out on an opportunity to be great in the next moment.” 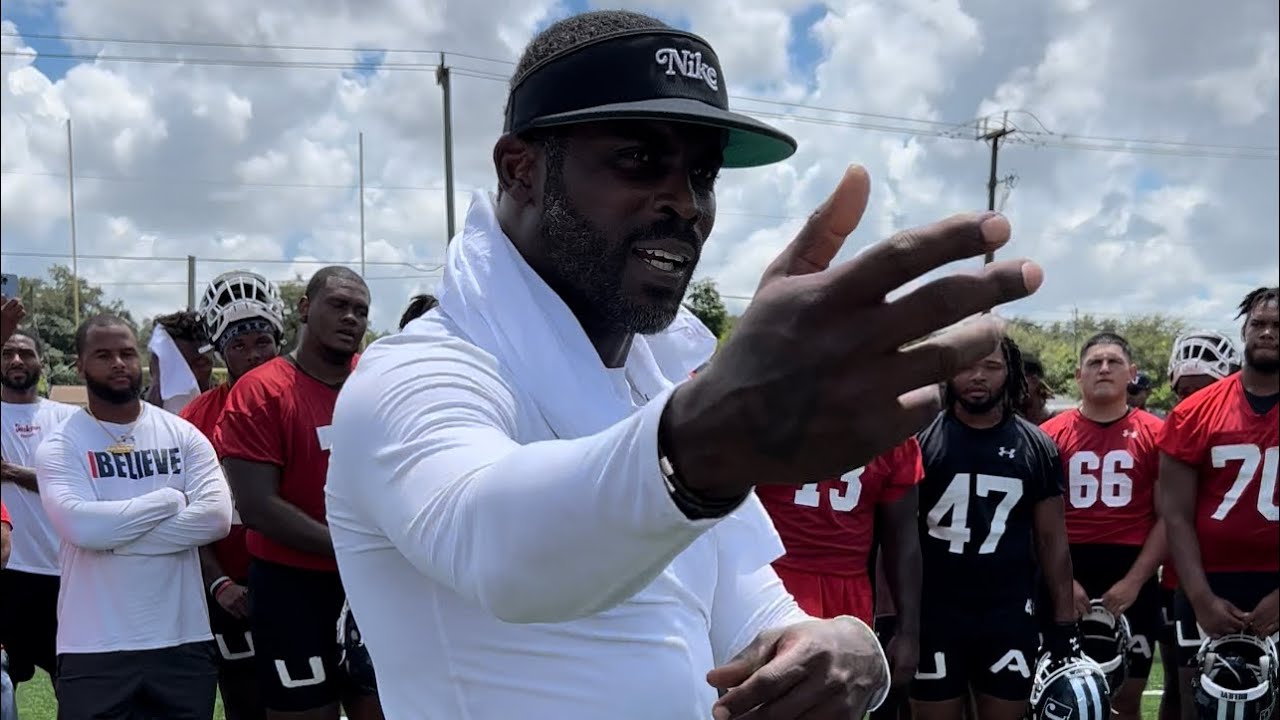 Vick said football is about consistency, about who can perform over and over again and make it look easy. He said once an athlete gets to the point where the game is easy to them, they can dominate and roll.

Vick said what Sanders is doing now is transcending HBCUs and the game on another level.

“The words Coach Prime gave to me and my son,” Vick said. “I can only imagine what you are getting on a day-to-day basis. You just soak all that in. You know what that is going to equate to? Winning, championships, leadership, togetherness and brotherhood. That is what this is all about. It is a long-term play. Make sure you do everything you can to be in that No. 1 spot and the end of the season. Enjoy the ride.”